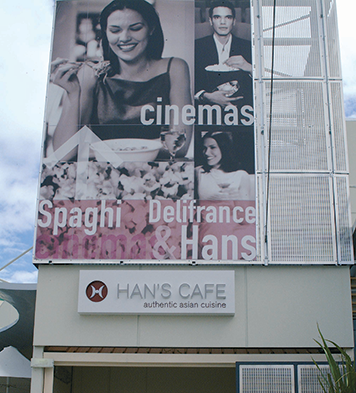 Han's Café was founded in 1995, with the first restaurant opening in Murray Street, Perth in January of that year. Soon after, new café's bearing the Han trade mark were opened in all major suburbs of Western Australia.

Although the numerous Han's Café locations are either under franchise, or leased, all offer the same quality of dining, but each with its own individual flair.

The food itself, however, has been described by many patrons as nothing short of spectacular. Combining the best of a wide variety of eastern cultures and foods, the menu at Han's Café is varied enough to satisfy the most fastidious of connoisseur. Customers can order a simple bowl of soup to a complex banquet. All dishes are lovingly created by Perth's top chefs to form a dining experience that is something to remember.

Chef Han's pursuit of fine food has led to Han's Café being a unique franchise system which has consistently retained its position as a premier franchise system. The hard work that Ian put into the franchise system ensures that all franchisees have a definite edge over conventional Asian restaurants.

There are currently 8 Han’s Cafe restaurants operating in Western Australia.

Han's cafe was founded in 1995, with the first restaurant opening in Murray Street, Perth in January of that year.

Soon after, new cafe's bearing the Han Trade Mark was opened in all major suburbs of Western Australia.